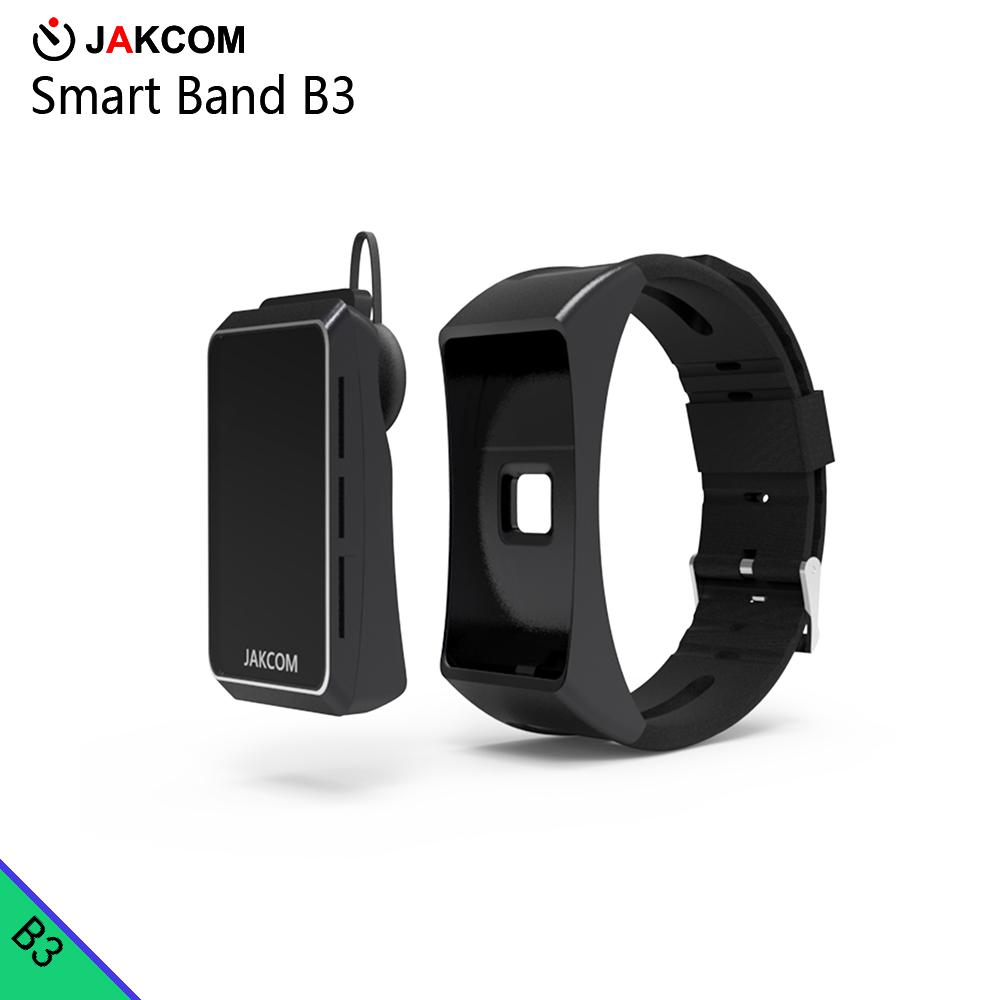 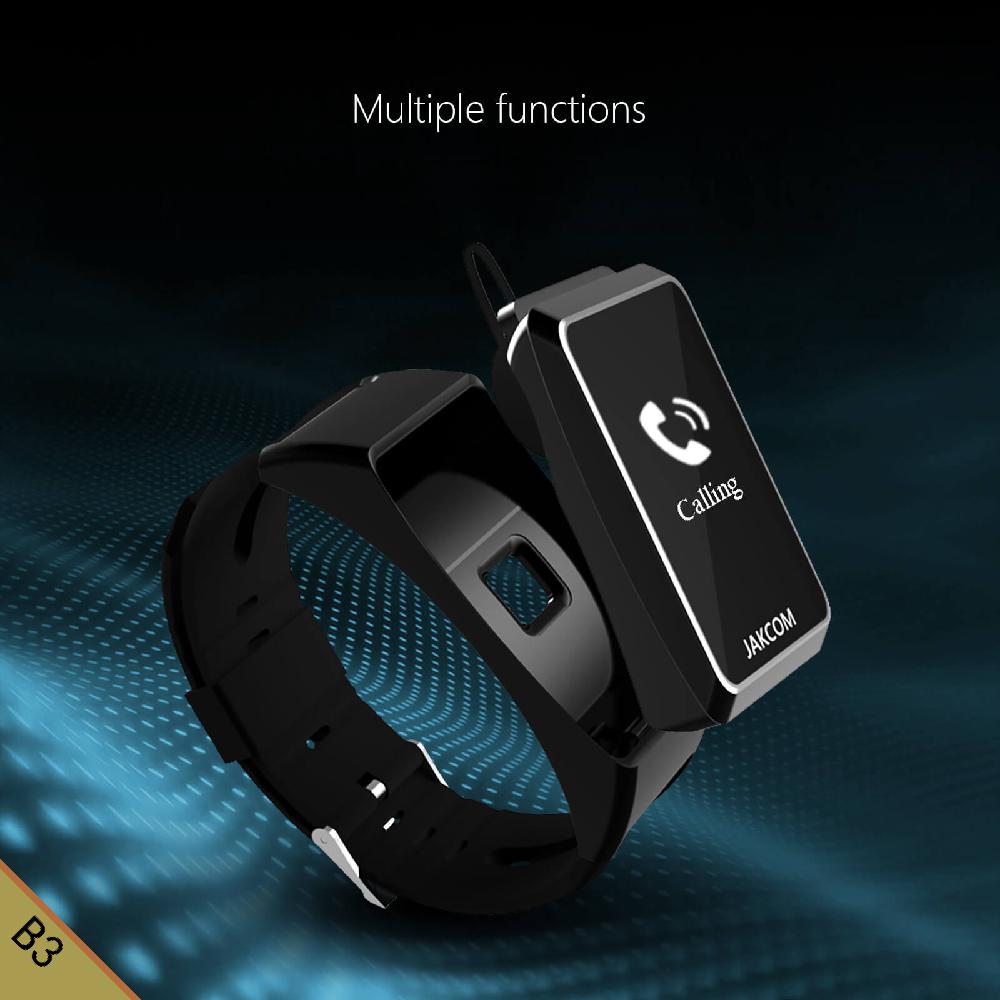 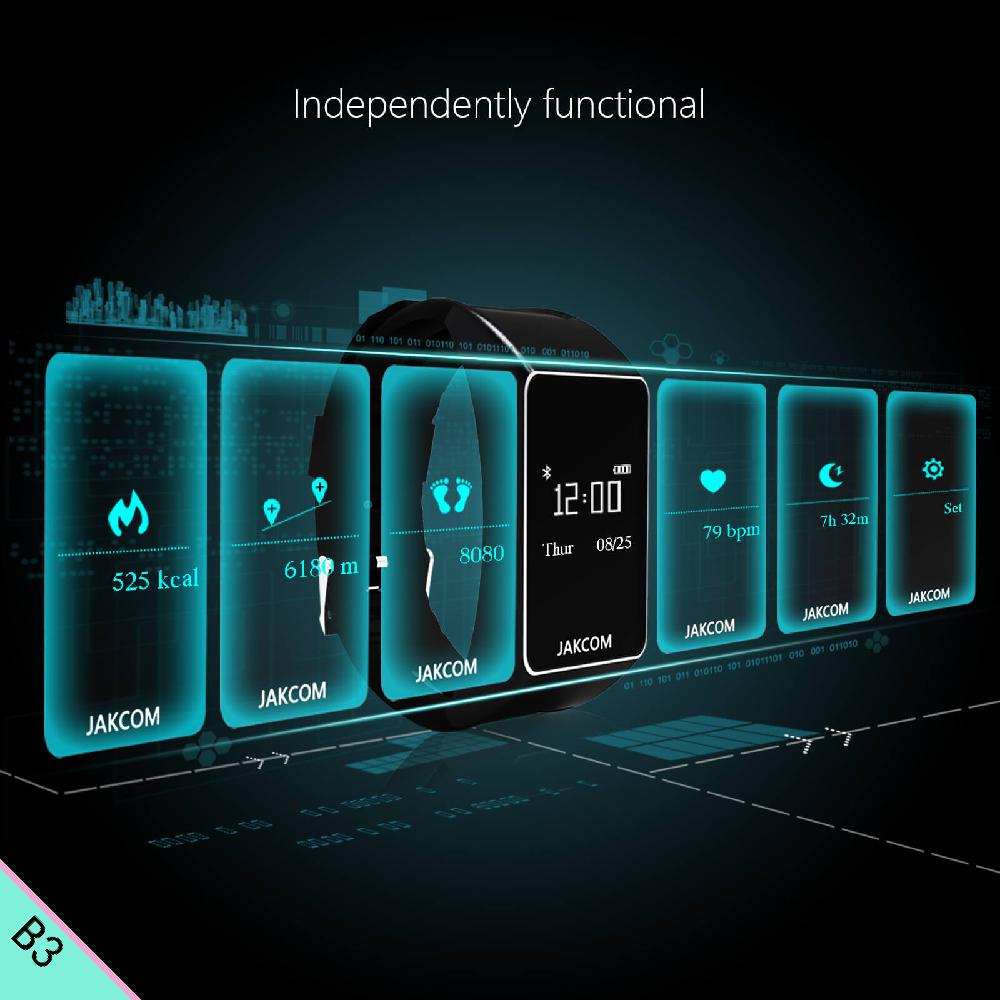 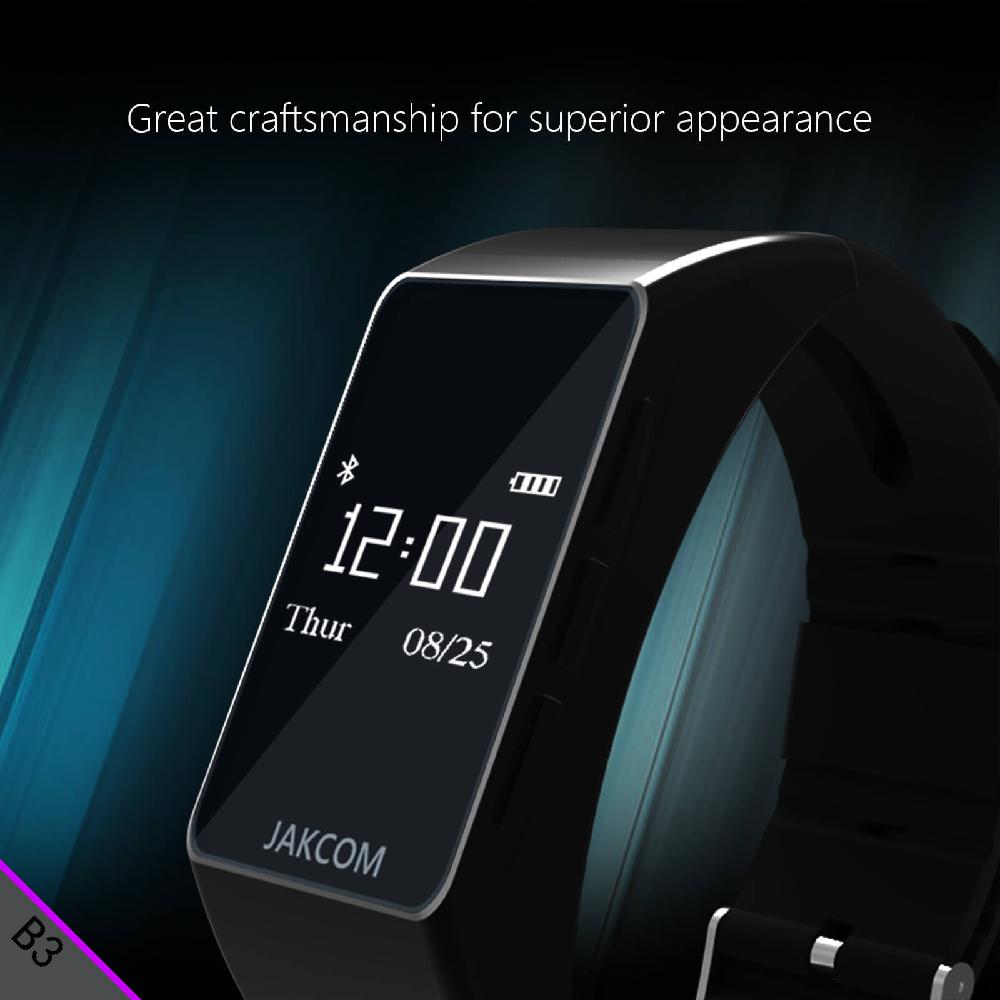 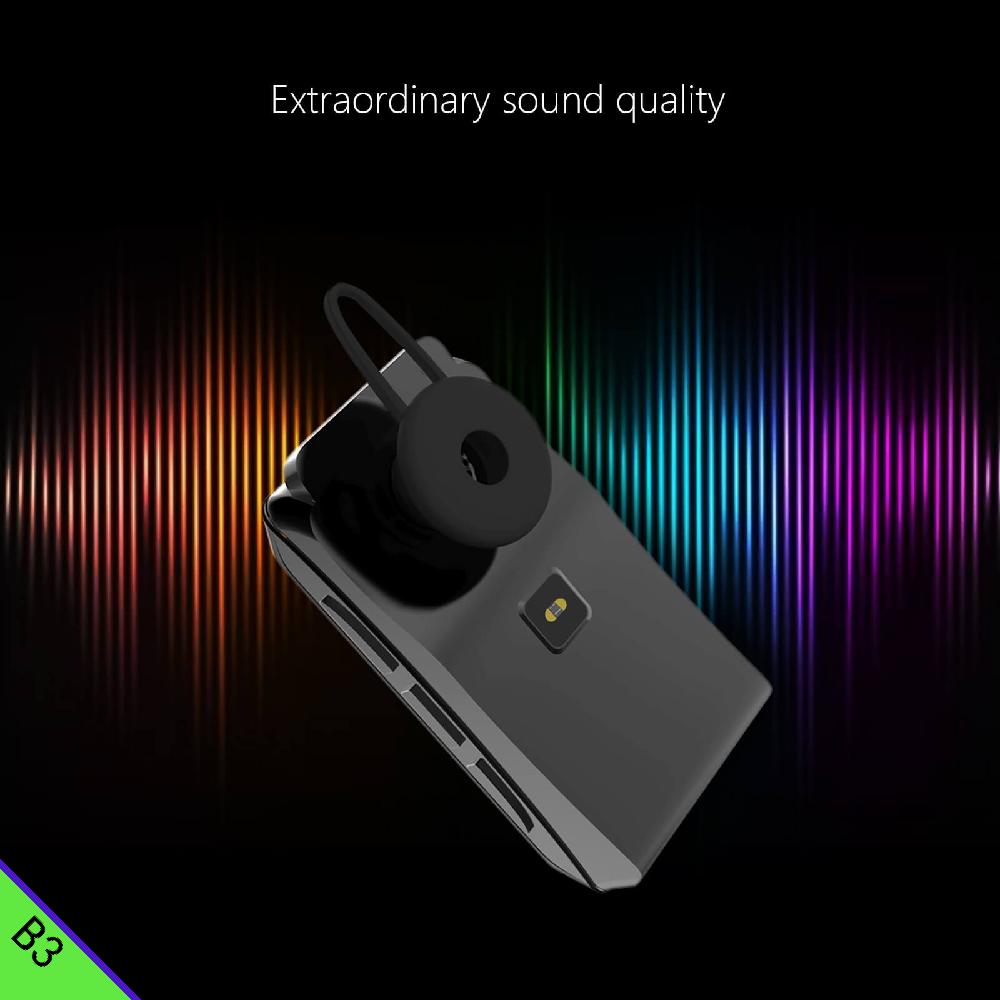 Payment:
All kind of payment way

Elaborate product for every element

The main part of JAKCOM B3 body mainly adopts metallic spraying technology. The core elements are completed with CNC numerical control machining for each elaborate detail.

JAKCOM B3 is equipped with perspiring wristband of TPU material with hyposensitivity, and further treated with imported coatings of Baby Skin for better user experience.

JAKCOM B3 can serve as a bluetooth earphone when the host is parted.

The earphone adopts MIC balance denoising algorithm and has been certified by BQB, and it can provide more reliable connecting performance while guaranteeing sound quality.

JAKCOM B3, with six-axis sensor placed within and self-developed new motion algorithms of JAKCOM technology, can not only accurately record and show user’s motion information like step number, calorie and distance, but also sleeping duration and sleeping situations as well.

JAKCOM B3 adopts a photoelectric heart rate sensor and an ADI motion senor within its body to inspect user’s heart rate during exercise.

JAKCOM B3 is equipped with an ultrathin soft HD OLED display on its front, showing the user almost all its function information. It can be independently used apart from cellphone, and the user can master all the functional data without an APP.

JAKCOM B3 has rich functions, covering various life scenes, such as doing sports, driving, relaxing and working, It is a good helper in your life.

Low-pressure plasma Nano technology is applied for JAKCOM B3, giving a protective layer to the interior and exterior body, and making it safe even in liquor like sweat, rainwater, domestic water or beverage. It meets waterproof and dustproof level standards of IP55.

JAKCOM B3 is armed with a large-storage high-density battery of 100mAh. It can keep standby mode for 150 hours and good endurance performance of 10 hours’ continuous talking time.

All packing is Standard aviation carton.

About the shipping ways, there are several ways you could choose.

2. By DHL directly from our company, it is expensive than other express, it takes about 3 to 4 working days.

Warranty
Warranty is 1 year.
There are any problems within one year, we will fix or change it for you, and we are responsible for the freight when we send to you.

OEM,ODM,Customized.
We can provide OEM,ODM service
Please send us the detail document of your customized plan ,
We can provide the XML file of APP language if you need translate our app to be other language.

Products of JAKCOM Technology have passed the certification of domestic and overseas authorities, such as CCC, FCC, CE, CB, UL and ROSH, and ISO9001-2000 international quality system certification, and have been granted multiple special honors, such as “National Hi-Tech Enterprise”, “Enterprise of Excellent Credit and Consumer Protection”, and is the owner of multiple “invention patents”, “patents for utility models”, “appearance patents” and PCT international patents.

Please click or enter this below link to view all the question which you wonder, thanks. 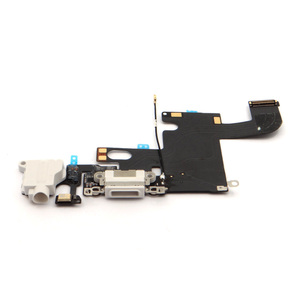 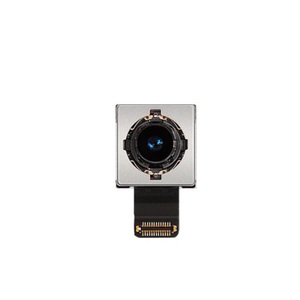 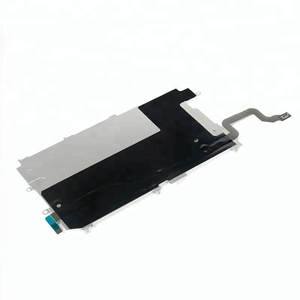